Chris Gardner, the inspirational figure behind the movie

“Sometimes the best father is a single mother”

Oscar awarded “Pursuit of Happiness” starring Will Smith, is one of the best inspirational movies Hollywood has ever made. Based on a true story of one year of the life of the millionaire Chris Gardner, is really a story about everybody who had a dream and who refused to quit. And…who was listening to what his mother was telling him :-). It was Chris’s mom Betty Jean Triplett, who was always repeating: “If you want to be a millionaire, one day you will make it!”. At that time nothing was indicating that her words would actually come true. 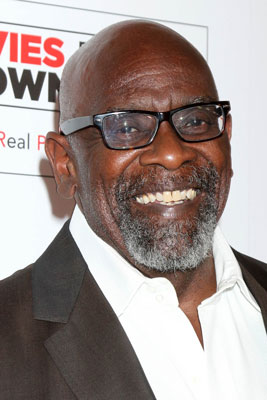 Everything started when Chris was 5 years old, growing up with an alcoholic, violent step father. After one of the darkest moments, he took a decision that no matter what, in the future he will be a father his children will be proud of. The decision which had shaped his entire life. He was a single father for 28 years, went bankrupt and homeless, but never gave up his vision of being a great father and a millionaire. This exactly is one of the rules all successful people live by:

Celebrity Success Secret: Successful people never ever quit. They stick to their vision and goals no matter what.

Let’s take Chris Garder: he decided to become a world class champion in whatever he was going to do. And he did not allow anything and anyone to keep him from achieving his vision. Even during the hardest time being homeless, he didn’t give up hope. “But hope is not enough”, Chris Gardner says today, “You need to have a plan: clear, consisting, committed”.

Celebrity Success Tip by Chris Gardner @CEOofHappYness ‏: Stick to your Plan A no matter what. Plan B sucks! It only distracts you from your Plan A.

Of course it should be a realistic plan, possible to achieve in an appropriate time frame. You need to consider the pros and cons and make a realistic risk assessment in everything you do in life. E.g.: as a teenager Chris Gardner wanted to become the next Miles Davis. He was doing everything to get there: practicing for hours and hours, trying to make it on stage etc. etc. Until his mother told him: “Son, you are good, but not Miles Davis good”. And again: Chris Gardner listened to his mom :-). He decided then to choose rather a goal which was possible for him to achieve. The moral of the story is: stick to your vision no matter what, but act wisely, if you don’t want to be homeless one day :-).